Recognition from the United States Congress: 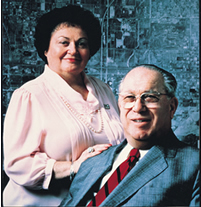 Resolutions from the California State Senate and Assembly:

In appreciation of Lewis Group Of Companies’s partnership with the League of California Cities and for showing leadership in Democracy through active participation in local governance.

Commending Lewis Group Of Companies on being a 2011 Business Partner of the League of California Cities and for Lewis’ continued support of an organization that works to defend local government in California.

Congratulating Richard Lewis and Randall Lewis on receiving the PAC Medal of Honor from the Building Industry Association of Southern California.

Commending Randall Lewis for facilitating Excellence in Sustainable Community Development and congratulating him on recognition from The Valley Group at their 17th Annual Award of Excellence banquet.

Congratulating the Lewis family on the occasion of the dedication of the Ralph M. Lewis Sports Complex in Fontana and applauding the family’s dedication to the quality of life in the community.

Gratefully recognizing Goldy S. Lewis for her continued work in the field of real estate development and her impressive record of career and civic achievements.

Expressing appreciation to Ralph and Goldy Lewis and the family for nearly a half century of contributions to the building industry and to the welfare and improvement of the community on the occasion of being presented the Builders of the Century Award.

Commending Ralph and Goldy Lewis for being named Builders of the Century by the Baldy View Chapter of the Building Industry Association of Southern California and recognizing the Lewis family’s tradition of quality, integrity and stability.

Congratulating the Lewis organization on its receipt of the 1998 Vision 2000 Award from the Fontana Area Chamber of Commerce for enhancing the community with its Sierra Lakes project and for its long and distinguished record of community service.

Honoring the Lewis family for exemplifying the spirit of community service and humanitarianism through support of the LeRoy Haynes Center for Children and Family Services.

Congratulating Ralph and Goldy Lewis as recipients of the first Lifetime Achievement Award presented by the Baldy View Region of the Building Industry Association of Southern California in recognition of their well-deserved business success and exemplary record of philanthropic endeavors.